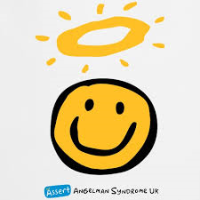 What is Angelman Syndrome?

Angelman Syndrome is a rare genetic condition first identified in 1965 by a British doctor, Harry Angelman, from whom it also gained its name.

Dr Angelman had noticed similarities between a small number of previously undiagnosed children that seemed to indicate they had a common problem. After seeing a painting in the Castelvecchio museum in Verona, Italy entitled A Boy with a Puppet he was inspired to write a medical paper titled Puppet Children.

Is this information correct?

Have you found what you are looking for?